Where the dead live

Now 'Where the dead live' has arrived at its destination I can post final images
(This has evolved into a very long post, please feel free just to look at the pictures) 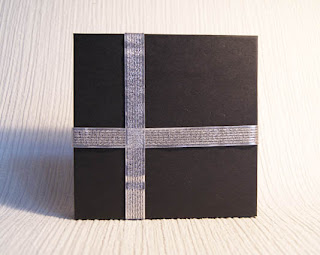 To me the dead live initially in the memories of those that knew them. But later as these people also become memories they live on in the things they left behind. This could be a name on a gravestone, an anonymous photo, the ruin of a house, an artifact in a museum or junk shop.... The stories we tell about them may be no more than conjecture and imagination but while we do there is still some trace of the original person left.

When I started this book I was also looking at the idea of seeds and seed pods which look dead but which hide inside the promise of new life. The layered structure of the seed heads with their outer skin and layers of inner membranes reminded me of books. I decided to experiment with making paper in a similar shape 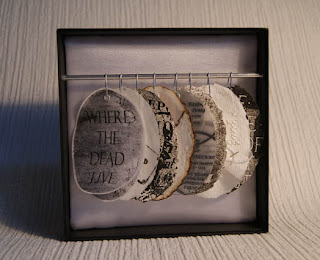 Although I decided to follow the idea of memories rather than plants I was stuck later by how much the drawings I had made looked like lockets, another place where we store photos and reminders. This gave me the idea of presenting the pages of the book hanging as though in a jewellery display box.
For the images in the book I used the names of people that I’ve come across over the years whose story, image or inscription has intrigued me. 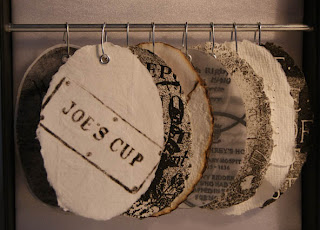 Up on the moors near where we live there is a drystone wall. It is close to the ruins of Drinkwaters Farm . On this wall there is a small brass plaque. 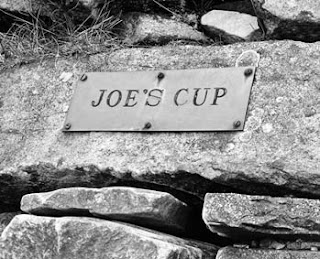 Take out a couple of the stones and behind them is a battered enamel mug, Joe’s cup. The cup belonged to Joe Whitter (1939-1991), a member of Wigan Phoenix running club.  The spring at Drinkwaters was used regularly by Joe and his mates on Sunday morning runs.  Joe developed a brain tumour in 1990 and died after a few months at the age of 52. The 'Joe's Cup' memorial plaque was placed there a few months later. 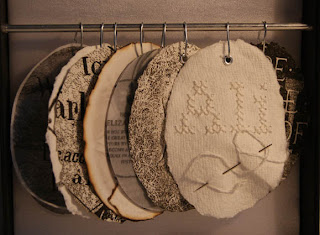 This sampler has been hanging in my hall for years. It was made by Alice Harrison, aged 13. She was one of my husband’s forebears. 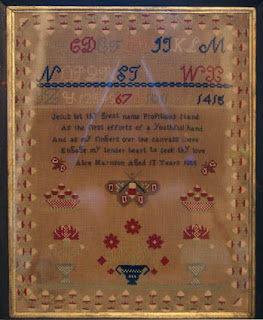 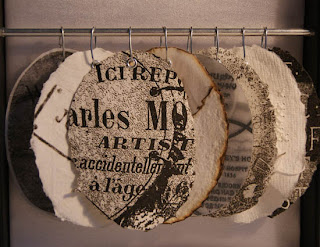 I found this ironwork grave marker in a cemetery in Argeles sur mer . Who Charles Morrelli was, what type of artist he was or how he died ‘accidentally’ I haven’t been able to find out. His wife went on to live to be 87 years old. 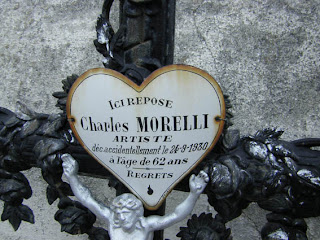 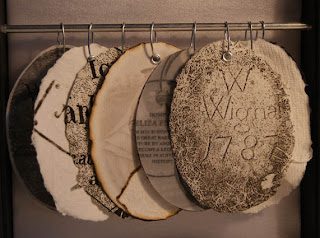 I know even less about W Wignall. He is buried in the graveyard in St Michaels Church, Much Hoole. But nearly 130 years later people still remember he existed 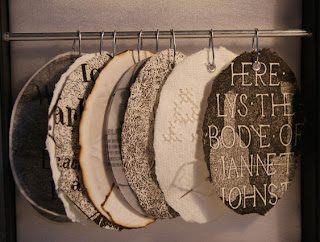 On holiday in Orkney this year I came across three stones from the same family. They date from the late 1700’s. The imagery with the skull, bell, book and candle fascinated me. As did the letter forms with I for J and the joining of N and E.  Jannet’s grave had a long stone on top of it. (I’ve joined 2 photos and tried to edit them to show the detail here.) 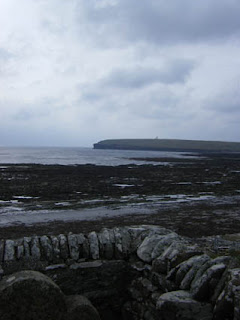 The view over the cemetery wall was beautiful, but image how isolated this place must have been when she was alive. 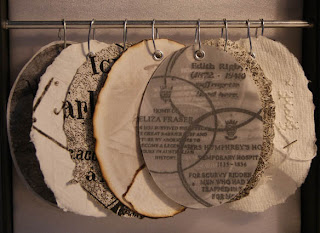 There is a tradition in the UK of erecting blue plaques on the houses where notable people have lived. As I worked on ideas for using them the circles of the plaques started to remind me of the seeds in the pods so I decided to use more than one name for this page.
On holiday on Orkney I was struck by the number of plaques on the short street where we were staying in Stromness. Two of the plaques I used came from here. The other is from Winckley Square in Preston. 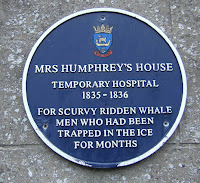 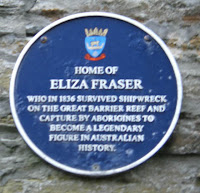 Edith Rigby was a suffragette, she was jailed seven times and committed several acts of arson. According to local stories she scandalised the neighbours in Winkley Square (all well to do professionals and thoroughly Victorian upper middle class) by talking to her servants as equals. She once escaped from the police by climbing over the garden wall dressed as a man.

Not much is known about Margaret Humphrey but from contemporary sources it is thought she was a widow, who in order to support herself leased a house in 1836 to use as a hospital for 26 scurvy-ridden whalers, the survivors of a disaster when 20 ships had become crushed in the Arctic ice.


There is more information about Eliza Fraser who became famous (or infamous) following her experiences of a shipwreck in 1836. According to contemporary sources she was married to James Fraser, master of the ship that sank. She was captured/rescued by aborigines and then later found by John Graham, an escaped convict.  Later she secretly married another captain in Sydney and they both returned to England aboard his ship. Controversy followed when she made a request to the Lord Mayor of London that a charity appeal be set up for her three children as she was left penniless after her husband had died. She forgot to mention her marriage to Captain Greene or the £400 received in Sydney by a fund set up to help her. 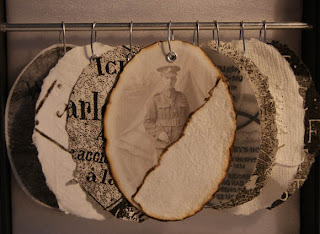 (Inkjet, cartridge paper, burning)
One leaf in the book doesn’t have a name included. He is Gilbert Bateman. He was my mother’s uncle. He was wounded in the First World War although fortunately both he and his brother, Peter Allen, survived. Many thousands weren’t so lucky. His name isn’t included because he is representative of all the uncles, fathers, brothers, sons (and all the women who also volunteered and served) from every country who got caught up in this madness. Every family has their own memories of them.
Posted by jac at 16:58