Patience is a virtue...

And one I don’t possess in great quantity.

I did cut and fold the risograph print to make a zine. Although this particular piece is rather garish, and there are mistakes in the separation/layering, as an exercise in learning about the machine I think it was worth it and I would like to investigate locating one that I can get access to push this further. 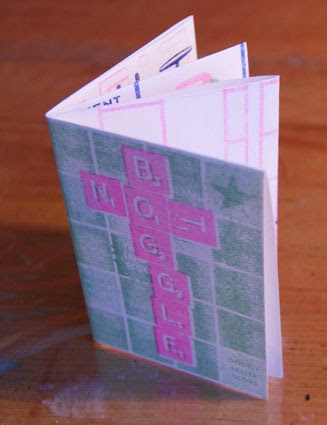 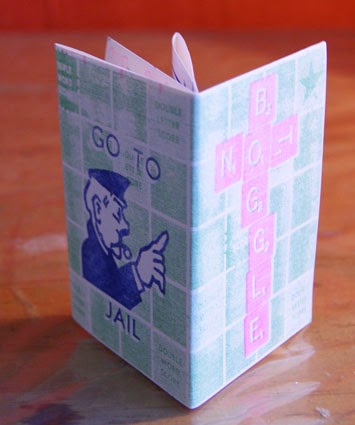 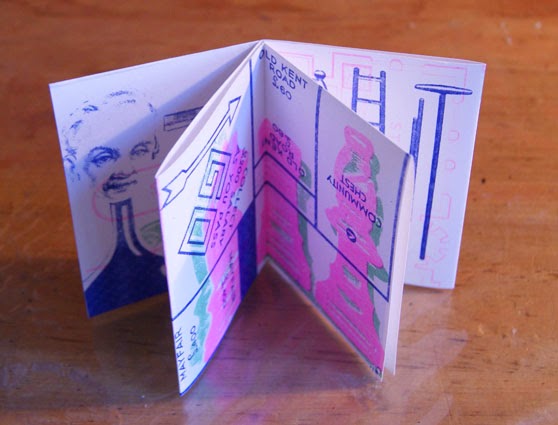 Now back to patience. I have already posted the images of eight pieces of plate with a peel n blue resist applied ready to produce two different four colour etchings. To save time I decided it would be a good idea to bite them all at the same time and then do a major printing session.

When I came to print I realised that the plates weren’t properly degreased. The copper sulphate had bitten into the exposed aluminium at random just giving deep spots across the plate. Any detail I managed to get was coming from the resist which I’d left on the plate (it’s really difficult to remove  but does seem to print OK – usually!) but it is so shallow that I cannot get any depth of colour from it. 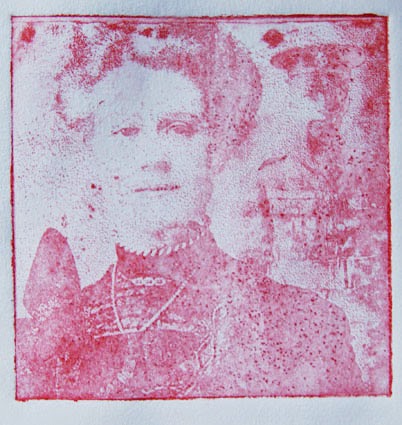 
The two coloured version gives a vague idea of what I’m trying to do but it is too pale and looses a lot of the detail. (The light I'm taking these photos in isn't helping either) 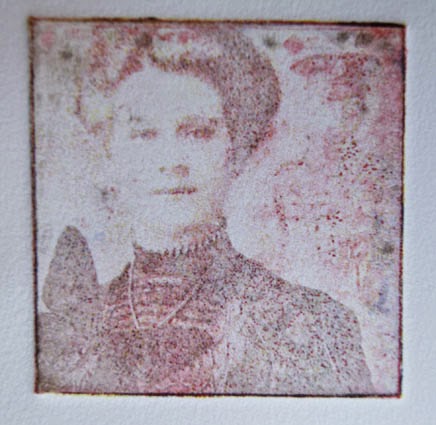 With eight ruined plates and no way to rescue them I think I’ll go back to gum arabic again for this image.
Posted by jac at 11:15