Where the dead live

I’ve signed up for two titles for BAO.  ‘Where the dead live’ is the second (group 10).

To me they live initially in the memories of those that knew them. But later as these people also become memories they live on in the things they left behind. This could be a name on a gravestone, the ruin of a house they once lived in, an artefact in a museum or junk shop.... The pictures and stories we see and tell about them may be no more than conjecture and imagination but while we do there is still some trace of the original person left.

I spend quite a bit of time photographing and drawing in ruins and cemeteries so for me this is the obvious starting point. As usual I’ve got more than one idea floating around.

The first grew out of time spent at St John’s in the Vale, near Ingleton. My husband and son go climbing nearby, I go drawing and watch the bees, butterflies and birds. It’s a very small, old country church with a beautiful graveyard, not overgrown but not too manicured either. I have this vague idea about combining inscriptions and memories with regeneration/life cycles. 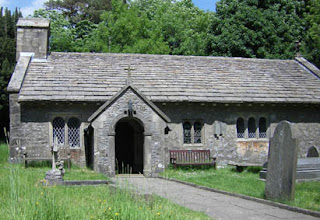 The second came out of time spent in the town cemetery of Argeles sur Mer. I love the small mausoleums that French families used (and still do in some cases) – almost houses for the dead! I started a set of work based on these last year but thought, apart from me, who’d want work based on such odd subject matter. So I shelved it.  Now I have the perfect excuse to go back and work on it some more. 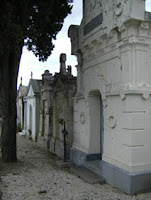 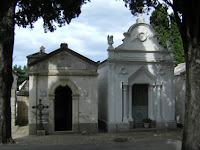