Time to catch up

Its half way through half term and I've had chance to put some sustained effort into my books.

I've almost finished two more sets of pages for 'Where the Dead Live'.  Joe's Cup is done, and I've only got one and a half of Alice Harrison to do. 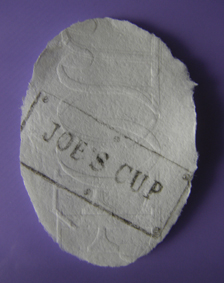 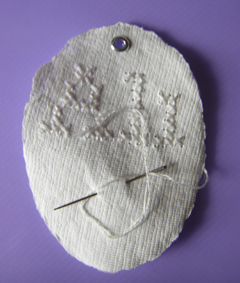 This means just two more pages to go. For one of them I want to use the idea of seed pods and the blue commemorative plaques that we put up on buildings in the UK for interesting or famous people associated with them, but I haven't decided yet how to do this yet. Nor have I worked out how I'm going to put the pages together in the final structure.

Rapunzel is changing again. I originally thought it would be hand printed in black and white, responding to Beardsley and Arts and Crafts woodcuts/early book illustrations. When I decided to print digitally I tried to include the textures and colours of old paper and faded inks. These worked well on screen but either wouldn't output as I wanted (inkjet printer) or flaked when I folded the the print (laser printer). This week I started playing with the colours and altering the way the layers blend. It has resulted in a much more colourful image than I intended, and its more complicated than the original drawing, but I like it. However I still have to get the printer to give me at least ten uniform versions!) 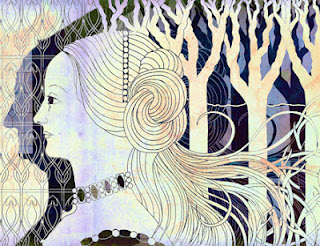