I decided that trying to edition a set of identical Snow White prints was one step too far so I thought I'd make a variable edition and explore different inks and colour combinations.

But this plate has been a fight right from the start and so it continued. I printed it today and only managed 4 prints before the block started to feel spongy around the queen’s eyes. I cleaned it up and I think the shellac has started to lift, not off the sellotape sections, where I would expect it, but over the mount board part of the sleeves and the masking tape trees. Both materials normally hold onto the varnish and stay stable with no problem. I’m going to let it dry and then decide whether to give it another coat or risk continuing without.

Of the four prints, the first was a bit pale, as I’d expect, but it gave me an idea of which areas need extra attention when wiping. 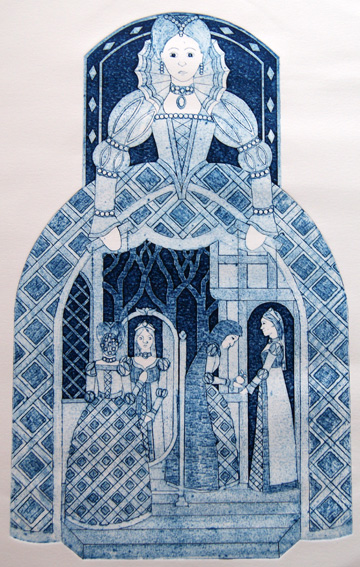 and the third, a combination of prussian blue and burnt umber, 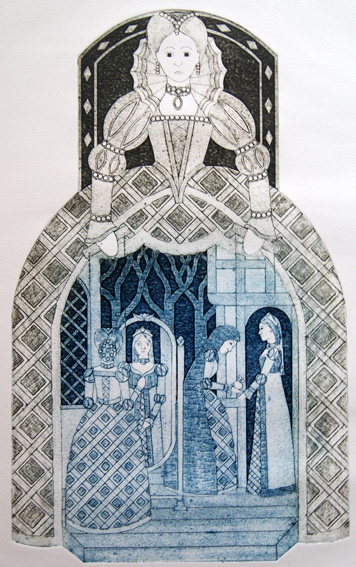 are OK . But the fourth which I think is the best colour off all three, a combination of burnt umber and burnt sienna, has done something odd. 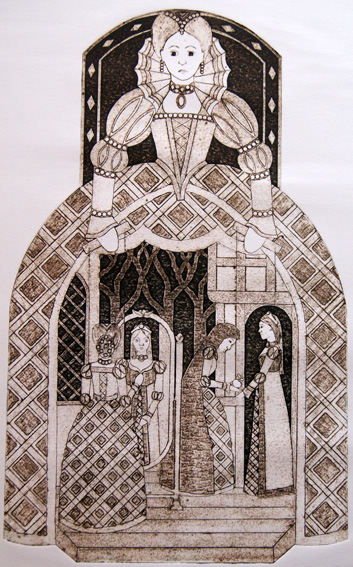 The face, and only the face, has printed twice. Not smudged as though it has shifted during printing, just printed twice, slightly offset and clearly defined. 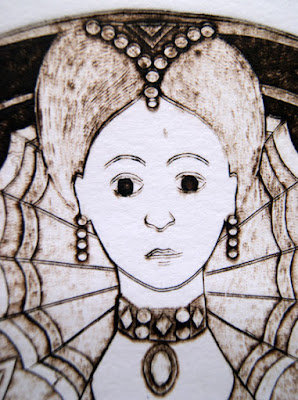 I’ll see what happens next week when I print it again but I’m not optimistic.
Posted by jac at 16:50