I’ve been busy this week. I decided it was time to finish the Four Seasons Perspective book using the etched image. 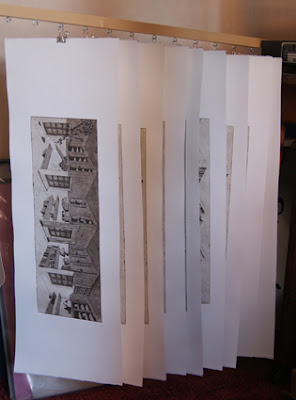 I had thought of inking each section in a different colour to reflect the different seasons but after trying it as a mock up (altering the colours on the computer) decided that the different blocks of colour broke up the unity of the image too much. So I printed a set of 10 using a burnt umber ink. I may make another set using a Prussian blue later.

When I made the mock up I made it with rectangular covers but this spoilt the optical illusion at the ends of the book so I decided to go with a trapezium to reflect the folded shapes. This does make the image read better. 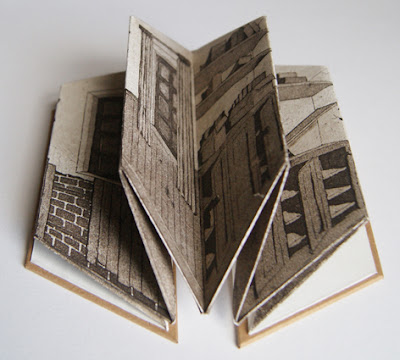 The uniformity of colour does mean that it isn’t as obvious that the same room is going through changes as the season changes though so I have re-titled it “Homage to Patrick Hughes”.

I am considering developing the image in watercolour to emphasise the four seasons narrative and make a companion book. This week  I bought a light pad so that I could work directly onto watercolour paper and not need to trace the image in graphite first. It is wonderful, thin enough to work with on my work table and bright. So much more comfortable than working with images taped to the window, and I can work at night! 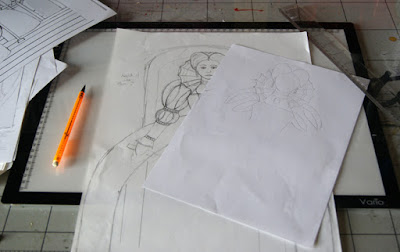 I haven’t started the watercolour yet but it is making the drawing and redrawing of my next collagraph print so much easier.