I am participating in new project being run by the Lancashire County Archives. The idea is to create work in response to something in their archives. The theme this time is Theatre.

I found a couple of documents relating to James Heward. He was arrested and imprisoned for performing in several public houses without a license. The court records were put on microfilm in the 80’s. I managed to work out most of the text in the first one. Here’s a fragment

“the said James  Heward did .... and also Saturday night now last past in an alehouse within Huddersfield aforesaid for Hire, Gain or Reward ... did act, represent or perform or cause to be acted represented, or performed an Interlude, Tragedy, Comedy, Opera, Play, Farce, Juggling or other entertainment of the stage or farce Part or Parts therein and did also perform Juggling... and that for several years now he has strolled about the Country for ...... the same and with a strange woman: although his settlement is within Stansfield township within Heptonstall Parish in Yorkshire and has a wife or dwelling ....... in the said holding”  QSP/1582/35 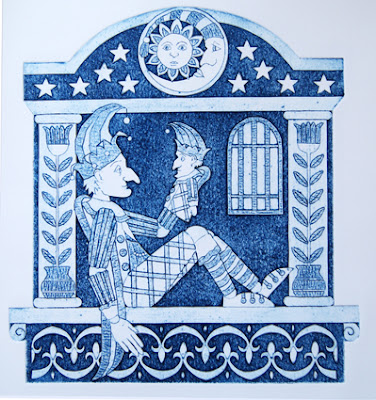 The catalogue entry for the second document (which I haven’t been able to decipher from the microfilm, I’m hoping to be able to view the original soon) says it is an “examination of James Heward, aged 52, of Stansfield in Heptonstall co.York. arrested for showing puppets, including Punch and Judy” QSP/1582/38 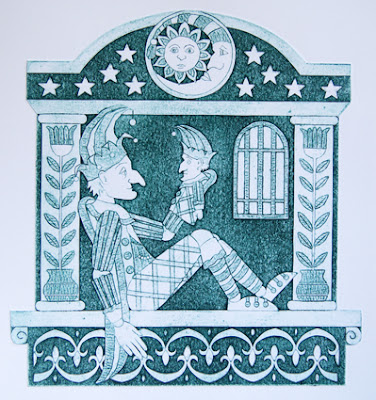 I had this vision of Punch performing shows and wandering  round the county with Pretty Polly while Judy was at home with the baby. I think my Punch got his just deserts.
Posted by jac at 14:48