I finally found a way forward with the studies and prints that I’ve been making.

Chromolithographic printing came into its own during the Victorian era. This printing process meant that it was possible to print colourful multicoloured ephemera quite cheaply. It led to an expanded market in children’s books and toys. Board games were often made with an educational or ‘morally improving’ content.

I reckoned that overprinting of several different colours based on a key drawing has echoes of this process.I liked my prints of figures in vessels but as a response to the theme I felt there was something missing.

I thought about devising a pastiche board game but during my research for this I came across a thaumatrope. It’s a scientific toy invented in the beginning of the 19th century. It’s a disc, with a different picture on each of its two sides suspended from two loops of thread. You wind up the thread by turning the disc than when you pull them apart the threads unwind, the disc spins and the two mages appear to combine. A light bulb moment!

I made another drawing 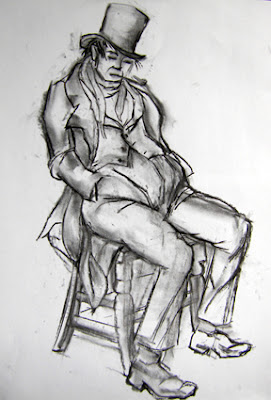 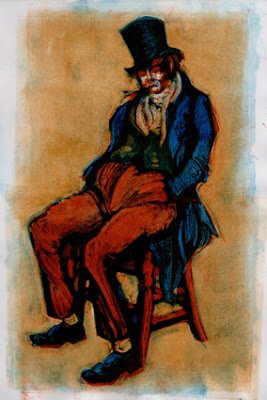 and print of a tankard 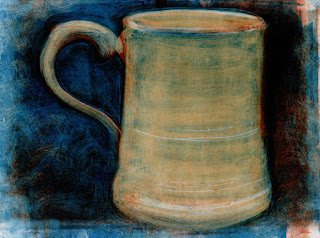 Then scanned and sized them, and put them into circles. 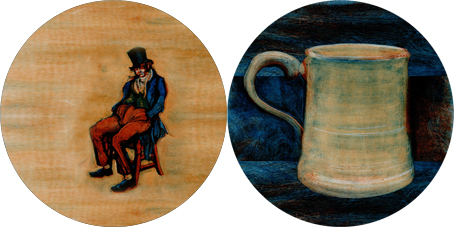 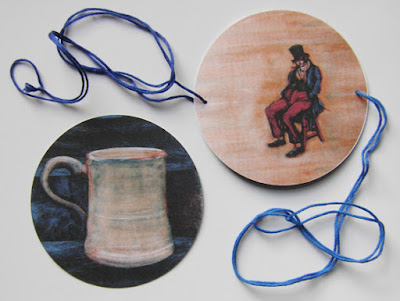