I’ve found several accounts on line giving information about Richard Taylor and Simon Brown. When I’ve finished both prints I’ll combine their stories in a post and credit the relevant sources.

This is the print relating to Richard. 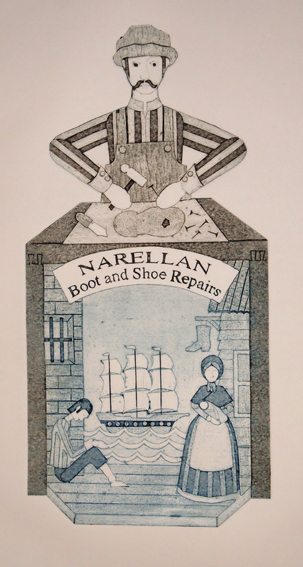 He was a weaver who was sentenced to deportation for stealing. He was assigned as a cook to Sidney Hospital where he learned how to mend shoes from a fellow prisoner.  He eventually set up as a cobbler. He married and had three children.
Posted by jac at 21:25