I’ve been experimenting with gum arabic transfer and text recently with the aim of making a small book but last week I decided to try floating the text over the image rather than setting it into it.

I considered different types of paper but decided that they were too opaque. I had been reading Sue Brown’s blog and she was talking about printing on fabric so I thought I’d see if printing onto gauze would work. While I was digging through the fabric remnants I found some shiny organza and some fine gauze. I also found some lovely lightweight shiny stuff (I’m not good at fabric) and some old cotton sheeting that I thought might work for the background image as an alternative to paper. 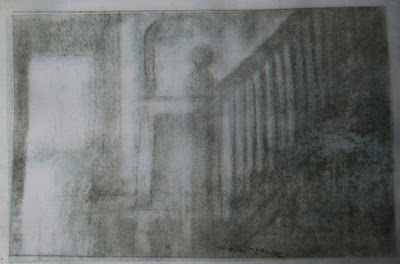 I enlarged and re arranged the text and re worked the images so that they would balance. I didn’t have enough of the remnants to do the full set so I’ve only printed some samples (using blue, brown and silver ink) to see if they would work. It looks promising 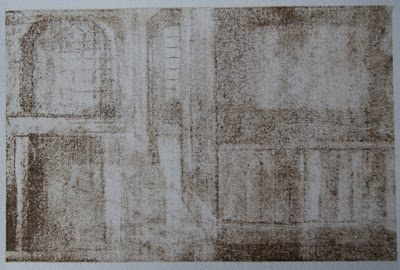 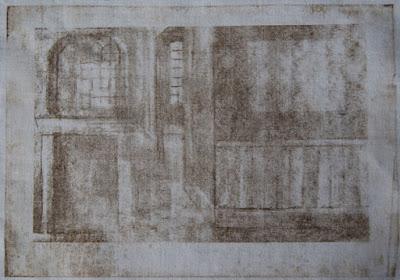 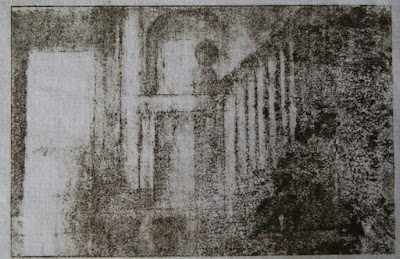 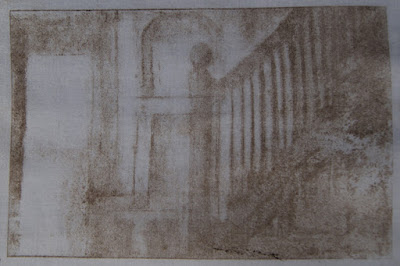 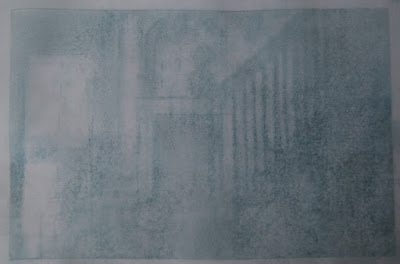 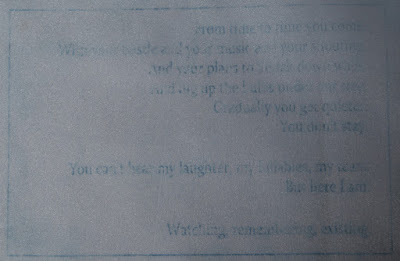 And layered in various combinations 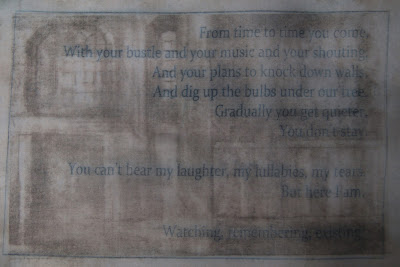 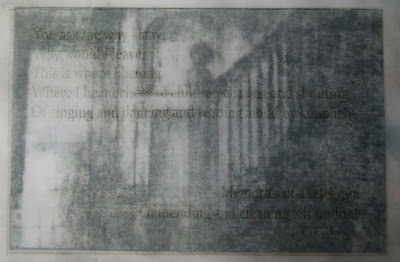 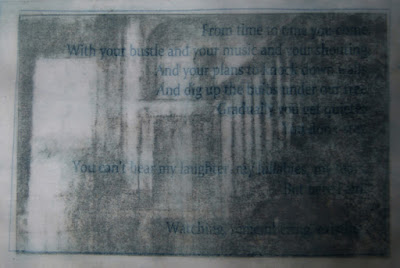 I went to  to see  if I could get some more of the same fabric but no chance. The woman said she hadn’t seen any of the ‘shnny stuff’ for ages and the gauzes they had weren’t quite as fine as the one I’d tried. But I bought half a metre of a couple of things and I’ll see if they’ll work.

The layering looks better in life than it does on the screen
Posted by jac at 21:24