I’m enjoying this hopping around.

On the etching front I spent yesterday biting the plate but didn’t have time to print it. The gelli plate printed textures seem to have bitten but until it’s inked next week I won’t know if I left them in the copper sulphate long enough to get a good print from them. 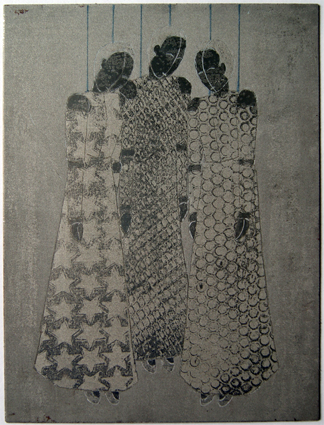 Moving on to the books.

Both sides of the ‘pages’ in the book structure will be visible so I’ve been experimenting with colouring both sides of the paper.  I can get two books out of an A2 sheet.

And patterned using the gelli plate 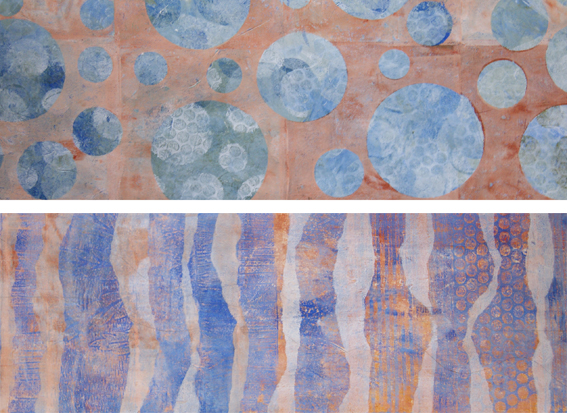 I thought the plain was too plain and decided to try out the structure with the patterned sheet. When I cut the page shapes out I came to the conclusion that I didn’t like the stripes with the circles. One of them had to go.

The circle print was nice but it took several layers of cutting up stencils and peeling the stencils off the block because they kept sticking. OK for a one off but not for the 5 sheets I’ll need for an edition. So I overprinted the circles with a plainer texture to give a contrast of plain and patterned on the two sides of the paper.

And cut and folded. Trying to decide whether to have plain or patterned in the inside of the forms. 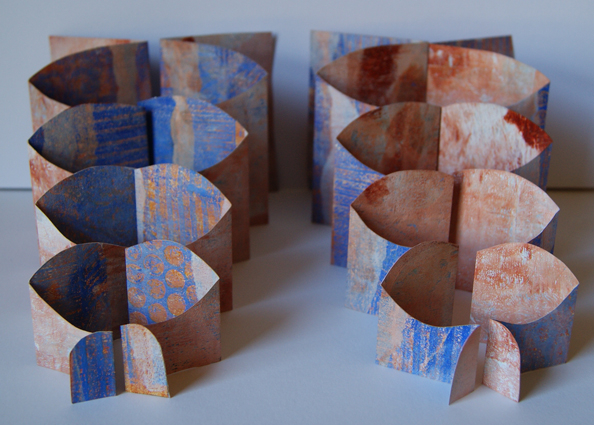 At this stage I was thinking that I’d stitch the two pieces together but then I wondered what would happen if I cut and slotted it together like I did with the mock ups. So I tried with some of the plain paper. 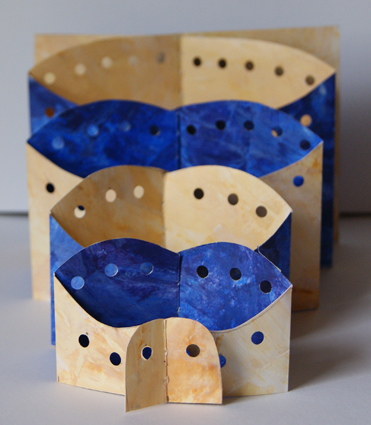 I like the way the colour moves from the inside to the outside of the form (though I’m not sure about the holes). I need paper with some contrast between the two sides to accentuate this. I’ve cut strips from textured wallpaper to get some coherence between the pages of the edition and and I’ve started printing using different palettes.