I went to the Liverpool book fair last week partly to see the entries for the Frankenstein exhibition (my wire bound book started off as a response to the call for entries and although it soon morphed into something else I wanted to see what others had done with the theme) but mainly to meet the North West Book Artists Group. They were very welcoming. I joined in with their open session at the exhibition making scroll books. I hope to be able to join them again in the near future.
I’m not going to show what I made in Liverpool but working on the scroll book there gave me ideas for the archive project.

Usually I try and find a story that grabs me in the mass of information that the archive holds on the subject that is chosen. I’m struggling to do that with the Preston lockout. But what has struck me is the language used in handbills and reported in the press. I’ve decided to make a book ’Voices from the Lockout ‘focusing on the words used by people at the time.

One of the things I did come across was a letter written by the Rev. Clay describing the effects of the lockout on the people of Preston. In it he describes a school that ladies from his church set up giving lessons in literacy and in sewing to girls who would normally have been employed in the mills.

I’ve decided to print the words onto cotton fabrics and stitch them into a scroll. 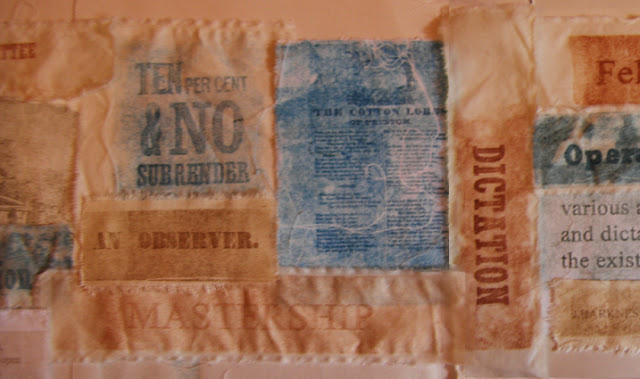 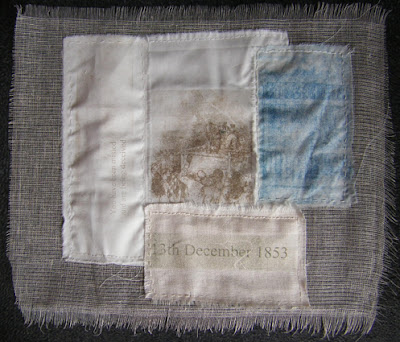