I’ve made more progress on two projects this week

I scanned the etching plate of ‘Victoria reading’ and used the scan to get an accurate stencil to add colour to her hair by relief rolling on the inked plate.

I decided that black whilst being accurate was too dead so I used a Prussian blue for the intaglio. The hair is a rainbow roll of green (from process cyan and process yellow) moving into a process magenta. It’s the closest I could get to the neon coloured green, yellow and pink dye that she has used. 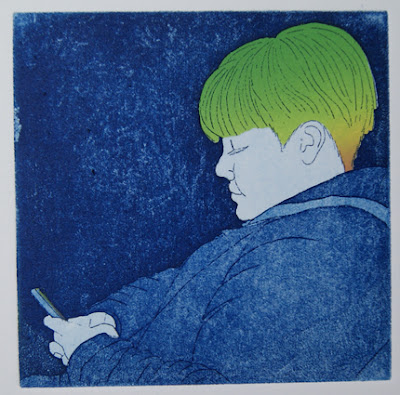 I’ve probably finished with this particular image but I have another one that I’m thinking of working on. It's my granddaughter also reading on a mobile phone. Serendipitously she was wearing bright green and pink.

I’ve also moved the scarecrows on a bit. 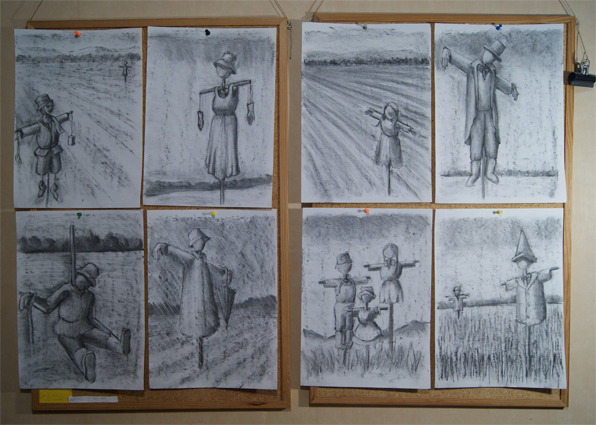 Charcoal sketches from memory and imagination. I think the next step for this is some mixed media work