Fiona mentioned in her blog that she had been using a circle cutter which works without puncturing a hole in the centres. I didn’t know such a thing existed but having heard about it I wanted to try one out.


I started cutting up bits of old gelli print. The complete circles are great and I have an idea in mind for them but what caught my eye were the ones where the paper shifted and I’d abandoned the cut. I realised I’d made flaps. 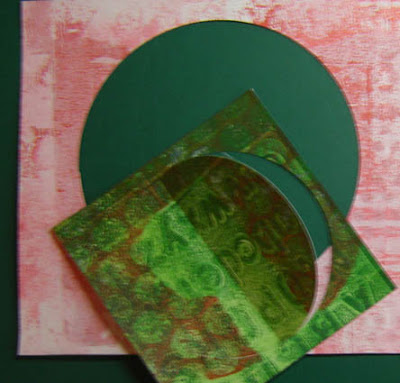 Which led to more playing on scrap white paper to look at structures and flaps. 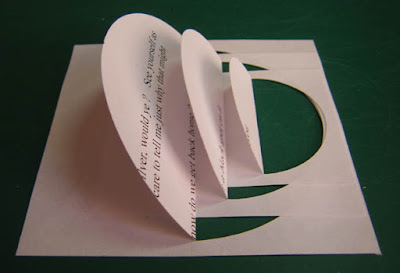 Which led to this.. 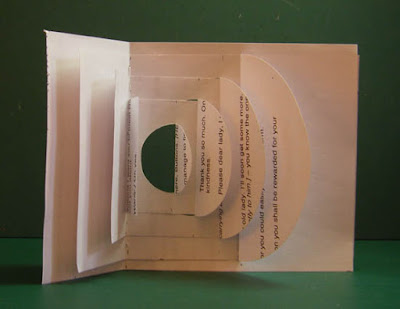 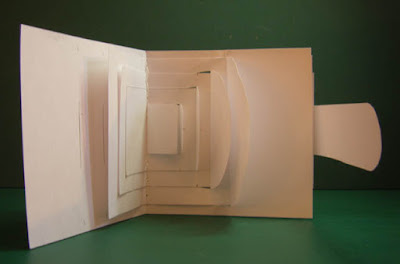 I liked the back where the pages interlock. 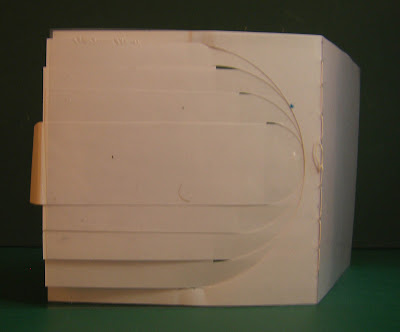 So I put a clear plastic cover on to protect it. Then made another with a shaped front. 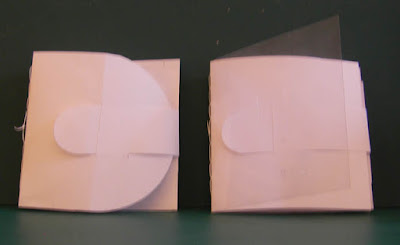 Which led to shaping the flaps on the left side.

I’m thinking about making a finished version of each. I’m not sure about content yet. The interlocking circles, which allow the viewer to see a tiny bit of the next circle, seem to be relating to each other. 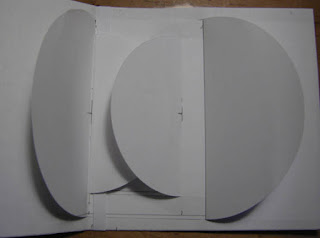 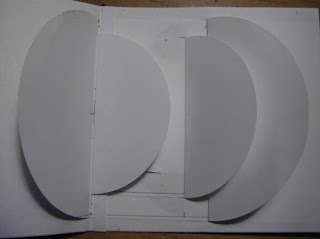 While the version with the rectangle flaps, which hide all of what is behind, Has a different rhythm. It feels more stop/start. 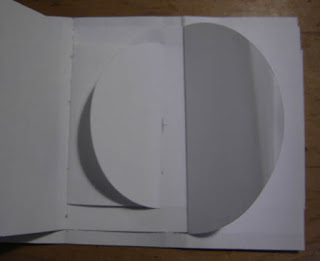 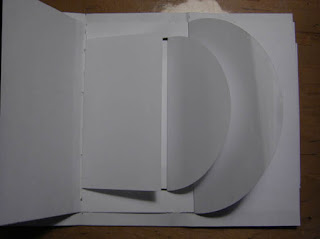 I'm looking forward to playing with it a bit more.
Posted by jac at 22:49