I managed to solve the problem of how to assemble "Where the dead live" a couple of weeks ago.

Earlier this week spurred on by Sara's post on BAO, I finished two copies of "Dead" to parcel up and send to her, along with two copies of Rapunzel, hoping to meet the January deadline. 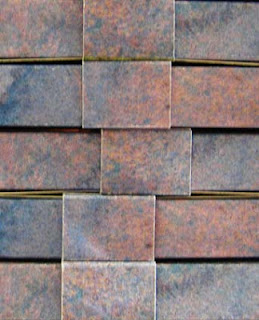 I have now finished assembling the rest of the edition. I can't quite believe it. These two books have occupied me on and off for a year now. I’ve learned a lot through the process and am looking forward to the next challenge. 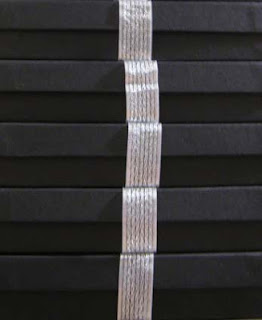 I am going to wait until the New Year to send out the rest of the books. I think they’ve more chance of not getting lost and arriving undamaged if I send them after the Christmas post (so more detailed images will have to wait)
Posted by jac at 19:30 1 comment:

Labels: rapunzel, where the dead live

Just a quick note to say that I haven't fallen off the face of the earth. A combination of work (which I won't go into) and Panto have meant that the book making has had to be slotted into the odd half hour here and there.(Although I have solved the problem of how to assemble 'Where the dead live' I have not photographed it yet. And poor old Rapunzel is still sitting here waiting to be wrapped and put into the post.)

There was particularly heavy family involvement in all aspects of Panto this year. My daughter and husband wrote it, my 'adopted' daughter and my husband co-directed it, she also produced it, and all three of them were in it. I painted sets and scenery like a mad woman. (This makes it seem like just a family affair, it wasn't. Its amazing how much work and how many people it take to put on something like this)

However it was the last night last night which means we all get our lives back until we forget the pain and volunteer for the next production. 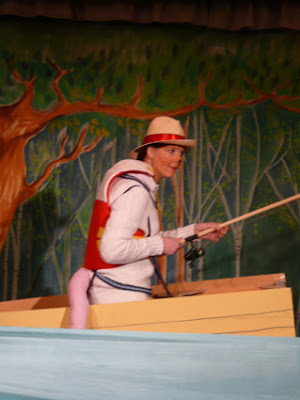 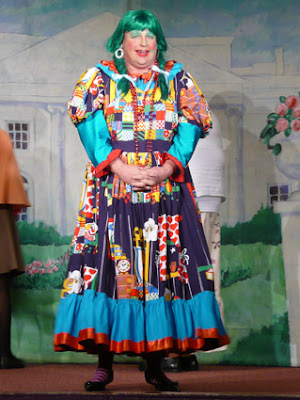 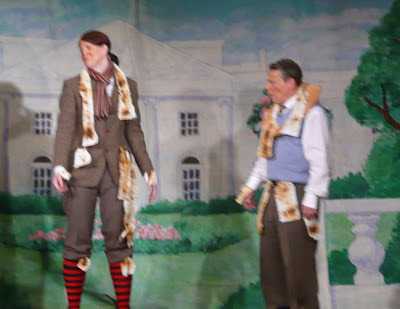 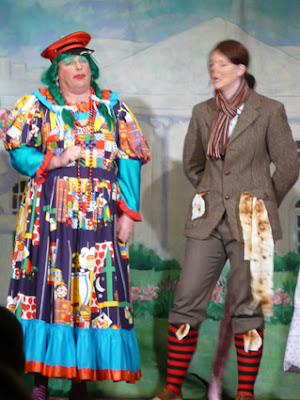 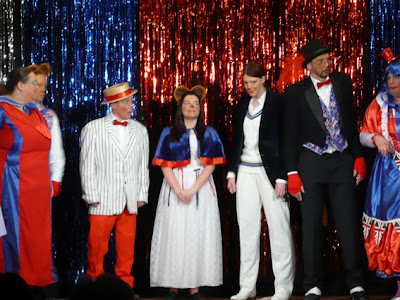