I’ve finished printing the monoprints for all four puppets and I’ve scanned and overlaid the blackline drawings on the top. They are now sized ready for printing onto A4 sheets of card. 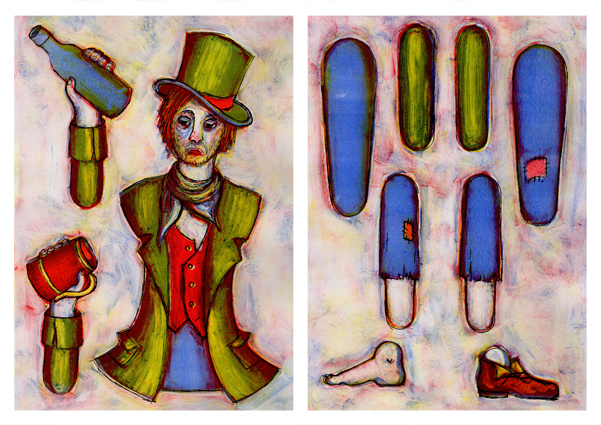 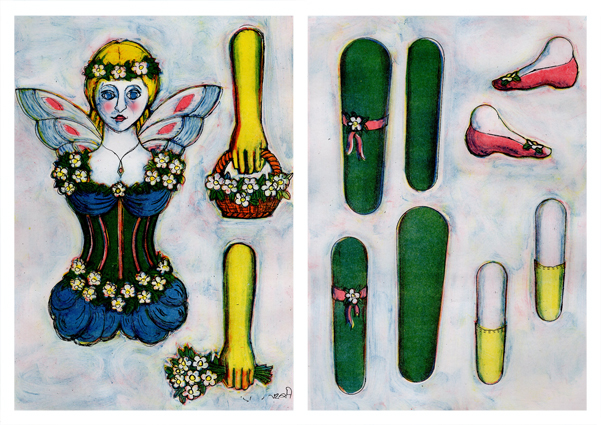 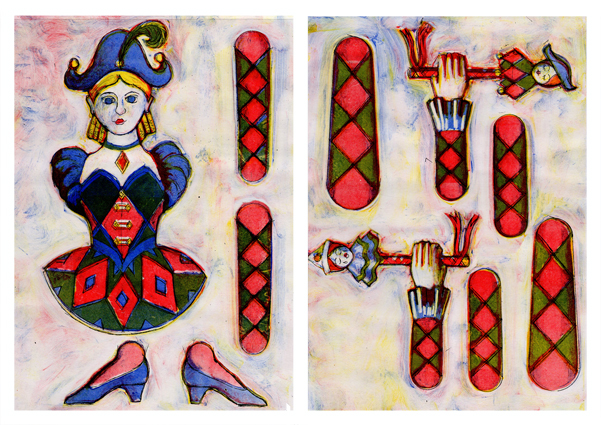 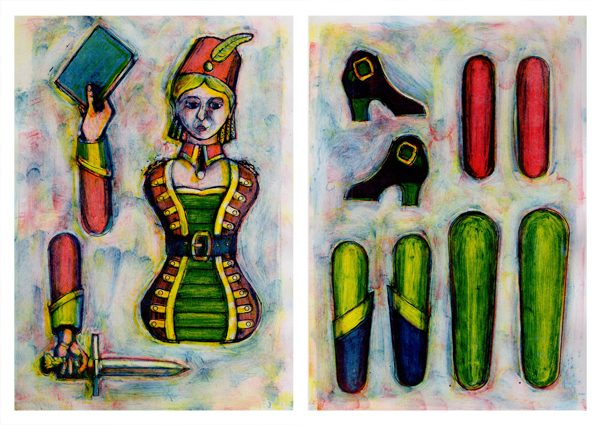 I’ll decide whether they will be in a book or on loose sheets when I’ve finished the narrative to go with them.
Posted by jac at 18:24 No comments:

Trying to lose the long frock I started considering what types of employment might be available to a woman without a skirt. I thought about the circus, acting and music hall. Music hall developed out of entertainment in public houses during the time frame I’m looking at so it seemed apt.

I thought that a music hall dancer (not the sort of thing a nice middle class family would consider acceptable for their daughter) could be used in teetotal literature to present a character that had started on the slippery slope of drinking and had to take such employment or alternatively as someone whose choice of employment might have set her off on that route.

Actresses and entertainers, in some respectable circles, were considered as synonymous with prostitutes but I thought that they could be written/talked about in a way that ‘fallen women’ couldn’t. On a frivolous level I thought visually they would be more interesting and after all I am making children’s toys (sort of).

I’ve developed a dancer, dressed as a soldier, monoprinted, 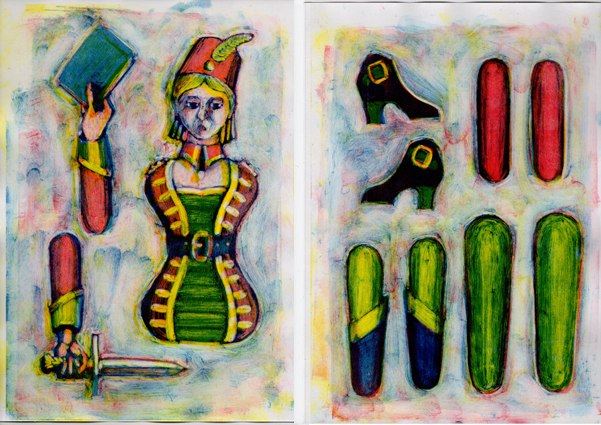 then scanned and overlaid the black drawing lines on the computer. 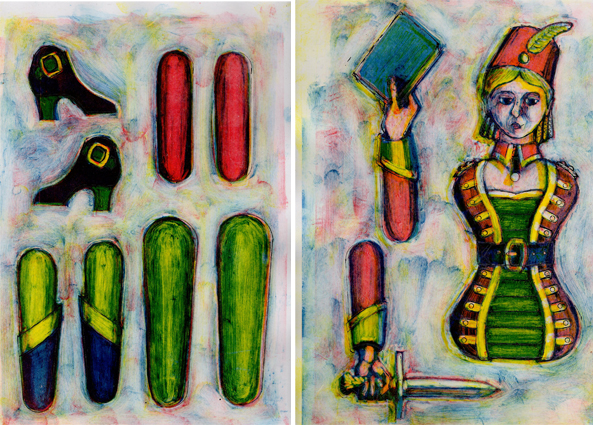 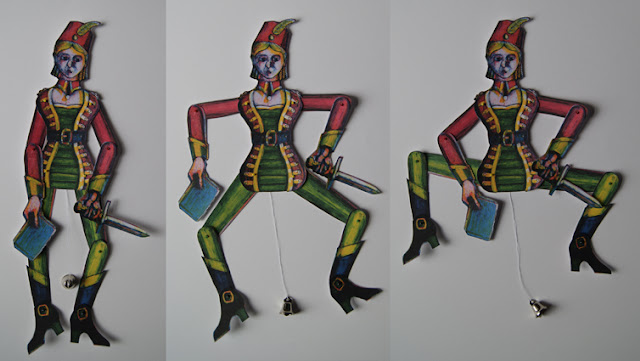 Toy puppets of music hall dancers don’t necessarily fit the brief of ‘teetotal’ but I think I can manage that.

The teetotal movement made use of both printed ephemera, (certificates to the band of hope etc) and morally improving literature to get their point across. So my dancers will come with a booklet or broadsheet telling the story of Gentleman Jim’s Daughters.

Hillaire Belloc wrote his cautionary tales as a tongue in cheek tribute to Victorian moralising children’s literature. I’m aiming at that sort of style though I think it’ll probably end up more like William McGonagall
Posted by jac at 13:25 1 comment:

Last week I went back to thinking about what I wanted to make as an end piece for this project.I liked the interactive nature of the thaumatropes but I was not happy with the amount of empty space I needed to leave around the figure in order to make it fit into the tankard.

I had started to investigate board games and had also thought about card games but this would mean an awful lot of work both in the art work and the development of a whole game. In the time frame I have (exhibition at the beginning of October and images needed for the associated book even earlier) that isn’t practical.

On an instagram post I saw Pollock’s toy puppet theatres and was very tempted (I may well come back to these at a later date). The thought of puppets made me think of Jumping Jacks, they are interactive, contemporary with the teetotal movement and have the benefit of being stand alone, they don’t need scenery or other extra pieces.

So I had a go at turning my drunk into one 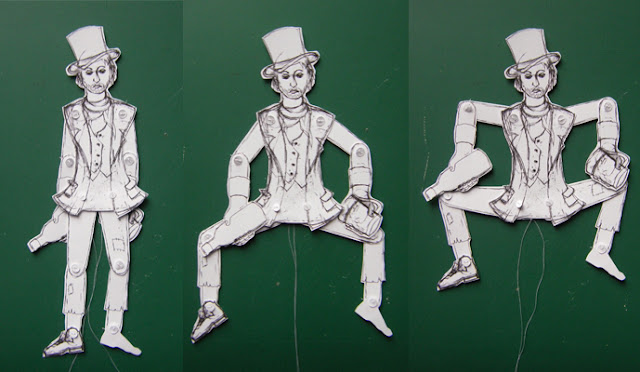 And then I started to think about female figures. Somehow the idea of the rolling drunk gentleman as a mildly amusing, if salutary, children’s toy is acceptable in the way that a drunken destitute woman isn’t.

While researching I had come across the story of Mary Anne Pearce, who was at one time mistress to Lord Barrymore but it didn’t end well . You can find the image of the broadsheet telling her story at the National Library of Scotland DigitalCollection

I’m not sure at what point she started drinking but thought she might serve as a lesson to young Victorian women. I decided to portray her in party mode (but perhaps after a few glasses) before she fell too far down the social scale.

I thought she needed skirts down to her ankles for her party frock but for jumping jacks to be effective all four limbs have to be seen moving so I added a layer of complexity and she moves her skirts to show off her legs. It sort of works but she does tend to get the edges of her legs stuck behind the washers on her skirts.