I’ve finished printing the covers and the book block for a swop through Artist Books3.0. 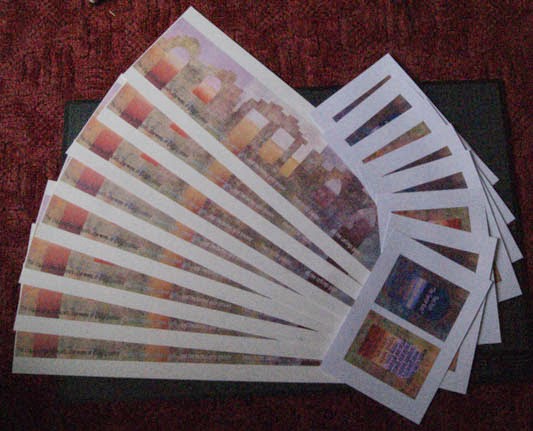 They are now folded, glued and are drying under weights. Hopefully these will be mailed out in a few days

I’ve also finished assembling the first alphabet for ALAW in a book. 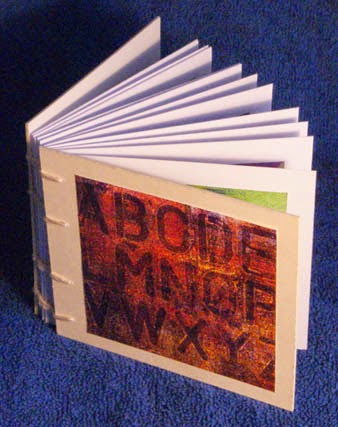 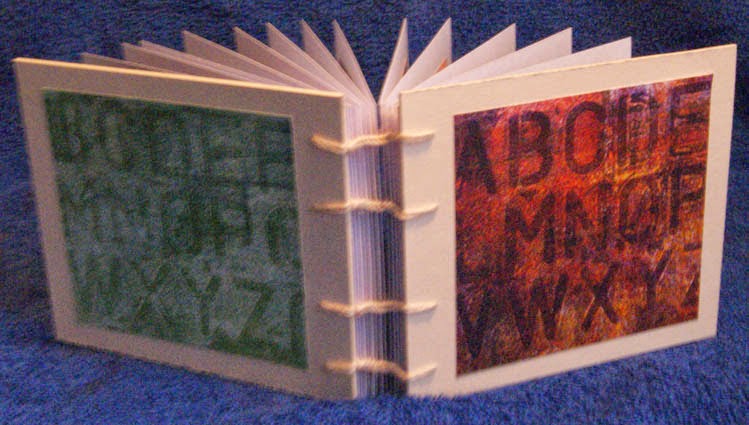 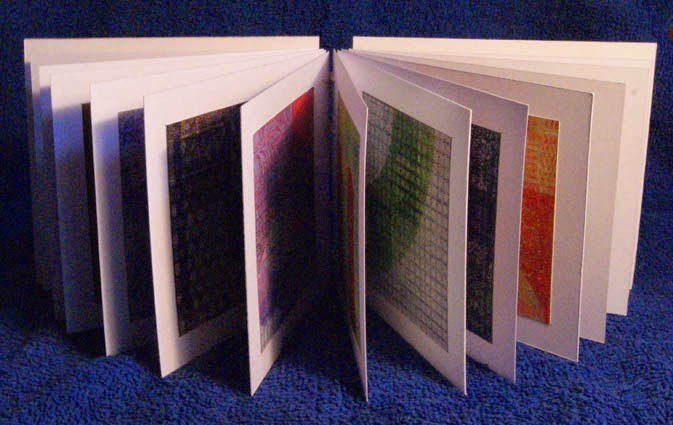 I decided to make a concerted effort with Personal Histories this week.

I finished the digital illustrations, decided on a cover, printed laminated and stitched a prototype. I liked the idea of a hole in the cover to add another layer of transparency but it doesn’t work in practice. I think I’ll probably put a title in the central panel instead (when I decide what to call it) 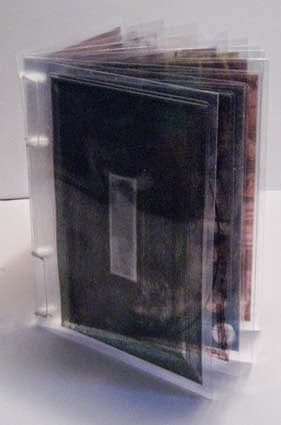 Most of the images work but one of the gentlemen needs a stronger surround, at the moment bits of his image are disappearing when printed 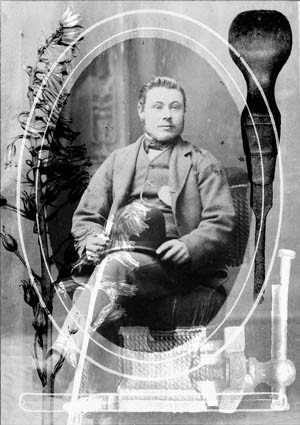 I used a range of colours in this version to try to decide which to use in the final book. I’ve not made any decisions yet other than not the bright blue. 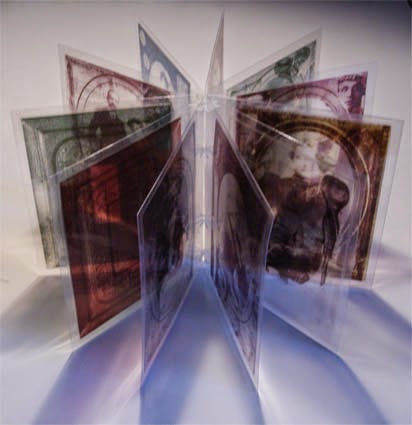 I also need to consider some kind of box or wrapping to present it in. I’m not sure whether to use translucent or semi transparent materials or whether to box/wrap it as though it had been long forgotten in some cupboard.
Posted by jac at 15:35 4 comments:

Labels: digital printing, transparency, was she the one who

We’ve just come back from a wonderful week in Skye. 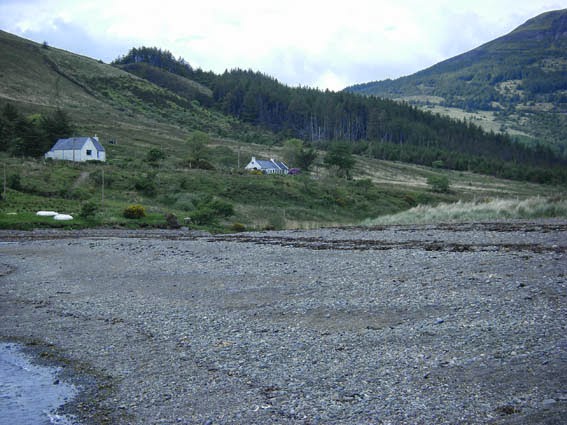 I collected tiny shells on one of the beaches.I want to use them in a book. 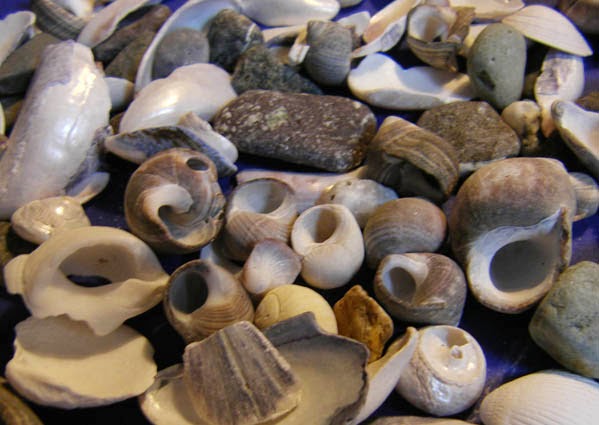 I found an Old English riddle from The Exeter Book (I’m already using part of The Ruin from the same source for the Artists Books 3.0 swop). Although it’s really about a conch shell some of the words seemed appropriate to go with my collection. 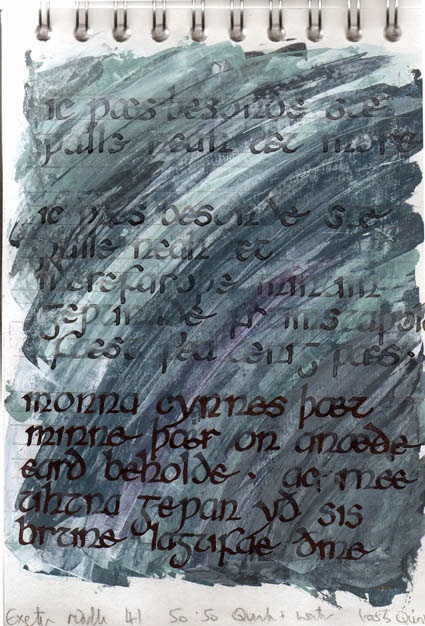 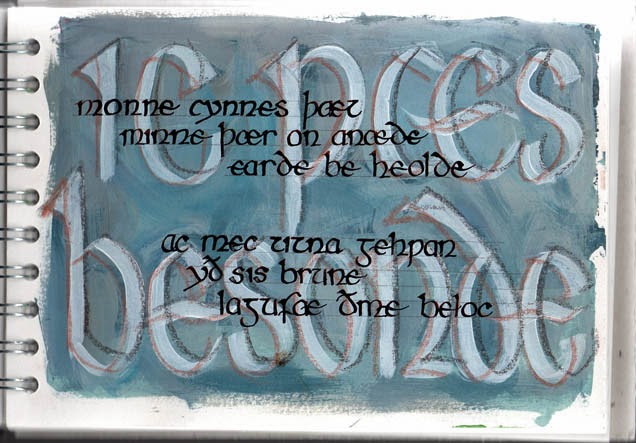 Exploring lettering (it’s a long time since I did any serious calligraphy), materials and a palette suggested by the shells and the beach. 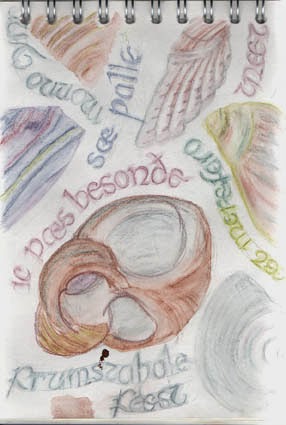