I can’t believe it’s been so long since I posted anything. Things are ticking over but I just haven’t got round to writing about them.

There has been a lot of digging going on, and weeding, and trips to the tip with stuff left behind by the previous allotment tenants (including the remains of a garden shed which we found laid flat under a layer of couch grass). There are now things growing, some we planted like spuds, peas and beans, and some we discovered under the undergrowth, like rhubarb, strawberries and fruit bushes. We also have trees, a cherry, a plum and two apples (we think).

The posters are ready for the next drama society production. Peter Pan, a play for children, based on the characters in JM Barrie’s book. 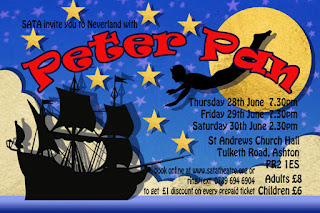 Sets and props are also in the process of being painted and made.

The books for “?” have been finished.  I decided in the end to make a something that was contained in a book cover but that opened to be quite sculptural, something that fitted neither category exactly. 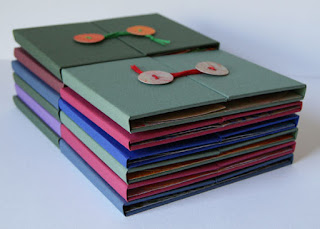 And finally a sketch .. 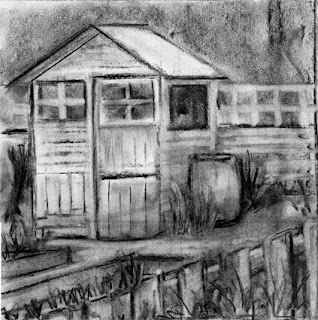 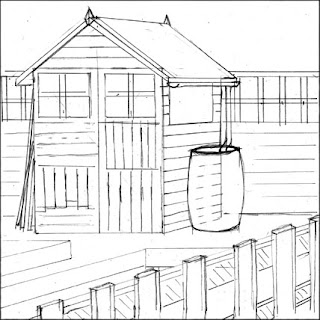 Have turned into the first allotment based print. It needs working into, the fench is lost and the shed it too dark but it’s a start. 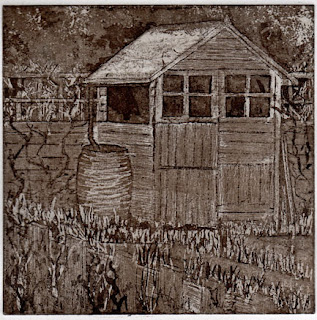 (And yes, I forgot to reverse the image before transfering it to the plate).
Posted by jac at 18:15 No comments: